‍
Shirley Valentine is the joyous, life-affirming story of the woman who got lost in marriage and motherhood, the woman who wound up talking to the kitchen wall whilst cooking her husband's chips and egg. But Shirley still has a secret dream. And in her bag, an airline ticket. One day she may just leave a note saying: 'Gone! Gone to Greece.'

Shirley Valentine is the celebrated one-woman play written by Willy Russell, winning him his third Olivier Award. Sheridan Smith is a multi-award-winning actress with two Olivier Awards and a BAFTA. Matthew Dunster is a three-time Olivier Award nominated director whose work most recently has been seen on Broadway with Martin McDonagh's Hangmen and in the West End with 2:22 by Danny Robins.‍ 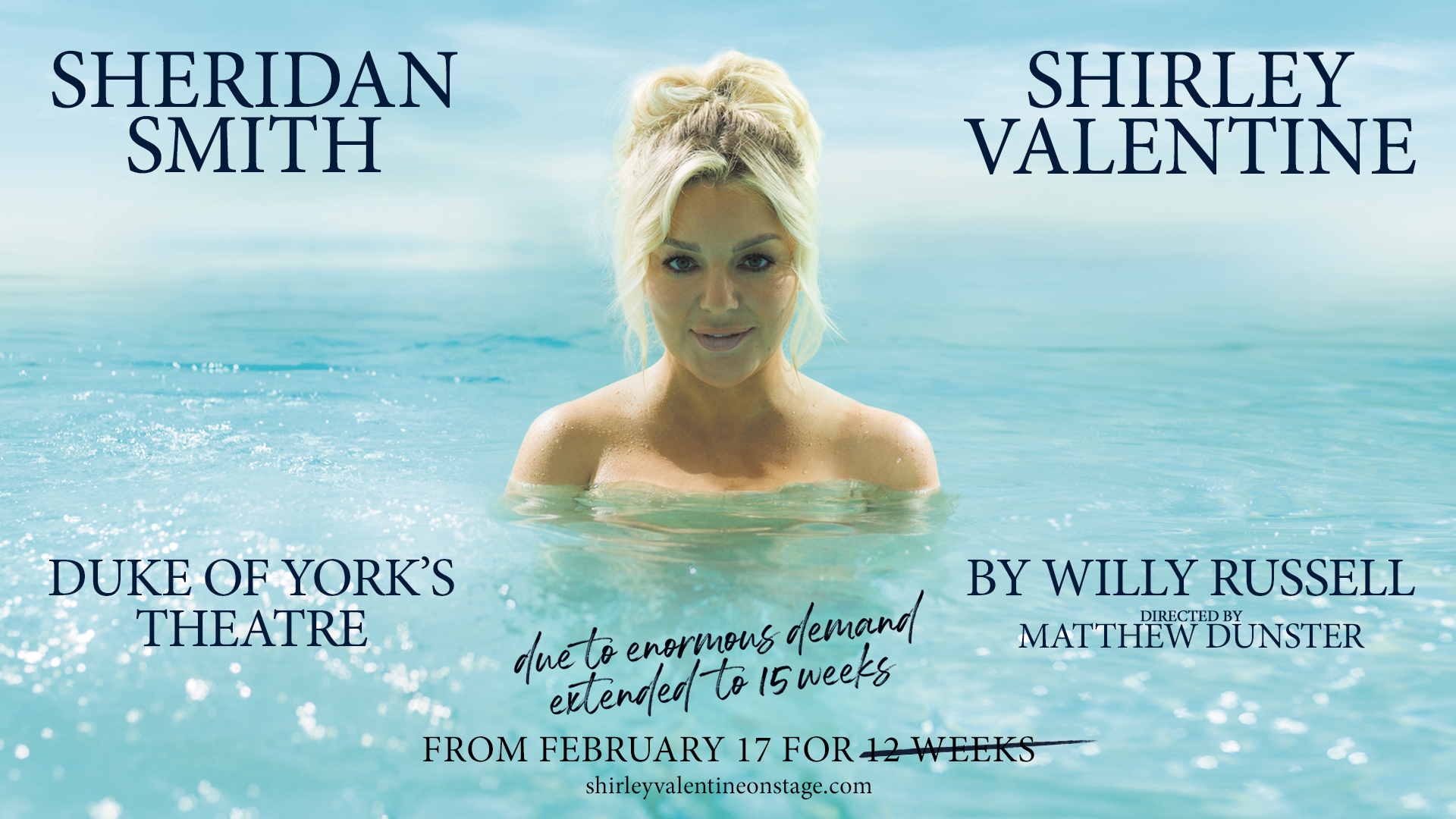