Tickets available from £15.00
subject to a transaction fee of £3.80
Closed

Olivier Award winner Juliet Stevenson gives “‘the performance of the year” (Guardian) in “the play of the decade” (Times): the West End’s The Doctor.

The Doctor is the latest smash-hit by “Britain’s best director” (Telegraph) Robert Icke – and has transferred to London's Duke of York’s Theatre in the West End for a limited run after a sold-out, five-star run at the Almeida Theatre.

On an ordinary day, at a private hospital, a young woman fights for her life. A priest arrives to save her soul. Her doctor refuses him entry. In a divisive time, in a divided nation, a society takes sides.

“An exquisitely acted night at the theatre” (Times), The Doctor is a "provocative, wonderfully upsetting" (Independent) whirlwind of gender, race and questions about identity, "one of the peaks of the theatrical year" (Guardian), and a "devastating play for today" (Financial Times). 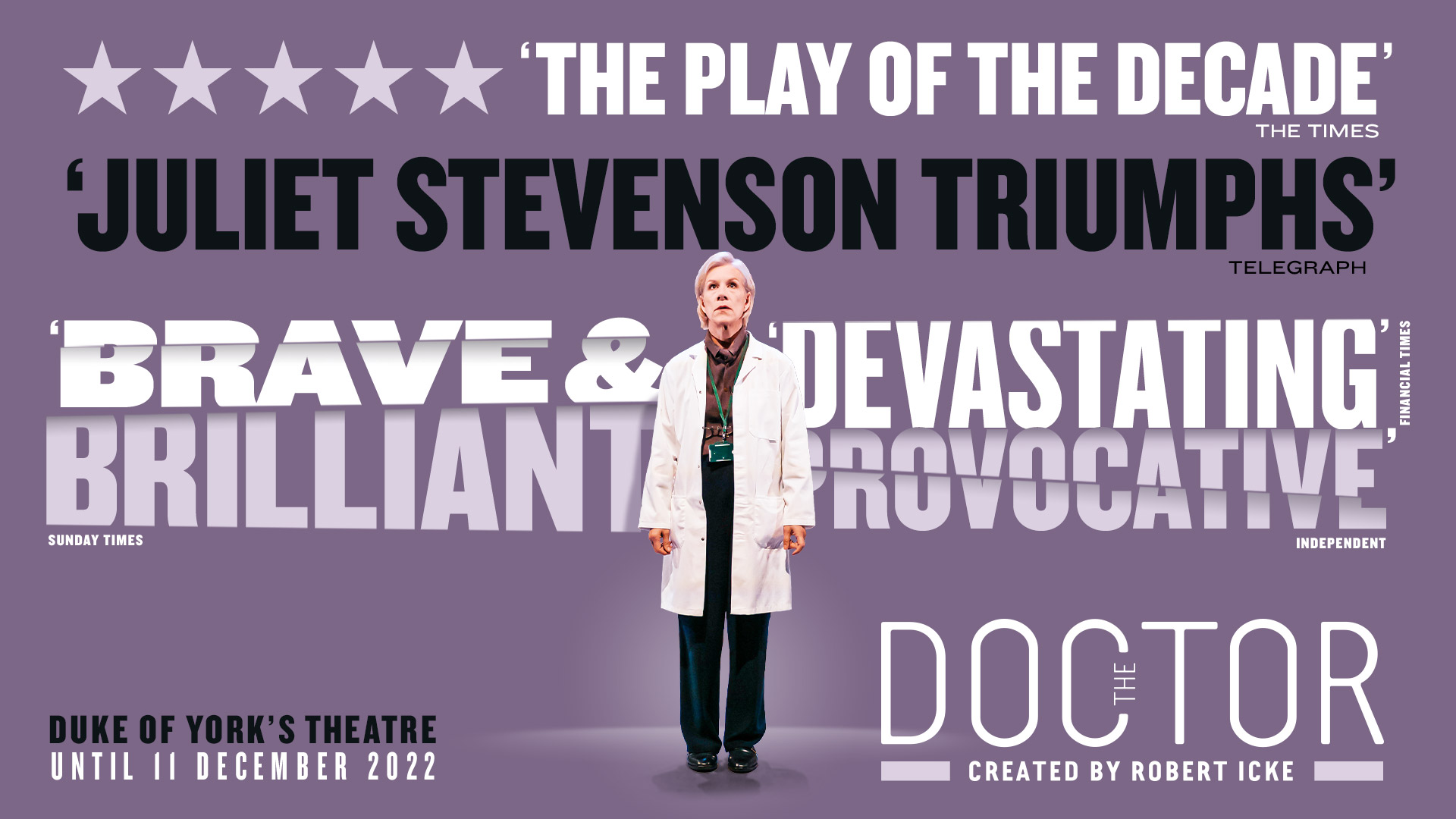