Re-Opening/Coronavirus: Enjoying the show safely, together - what you need to know.

The Ocean at the End of the Lane

Tickets available from £18.00
subject to a transaction fee of £3.65
Buy Tickets

The Ocean at the End of the Lane Tickets At Duke of York's Theatre, London

Following a sold out run at the National Theatre, the acclaimed production of The Ocean at the End of the Lane transfers to the West End October 2021.

“Out of this world” - Daily Mail

“Makes you marvel at what theatre can do” - The Stage

Returning to his childhood home, a man finds himself standing beside the pond of the old Sussex farmhouse where he used to play. He’s transported to his 12th birthday when his friend Lettie claimed it wasn’t a pond, but an ocean… Plunged into a magical world, their survival depends on their ability to reckon with ancient forces that threaten to destroy everything around them.

Adapted from the best-selling Neil Gaiman novel by Joel Horwood and directed by Katy Rudd, this spectacular and thrilling adventure is a tour de force of imagination and storytelling.

‍
The Ocean at the End of the Lane Reviews

★★★★★ DAILY TELEGRAPH - ‘​The National Theatre at its very best. Spellbinding’ 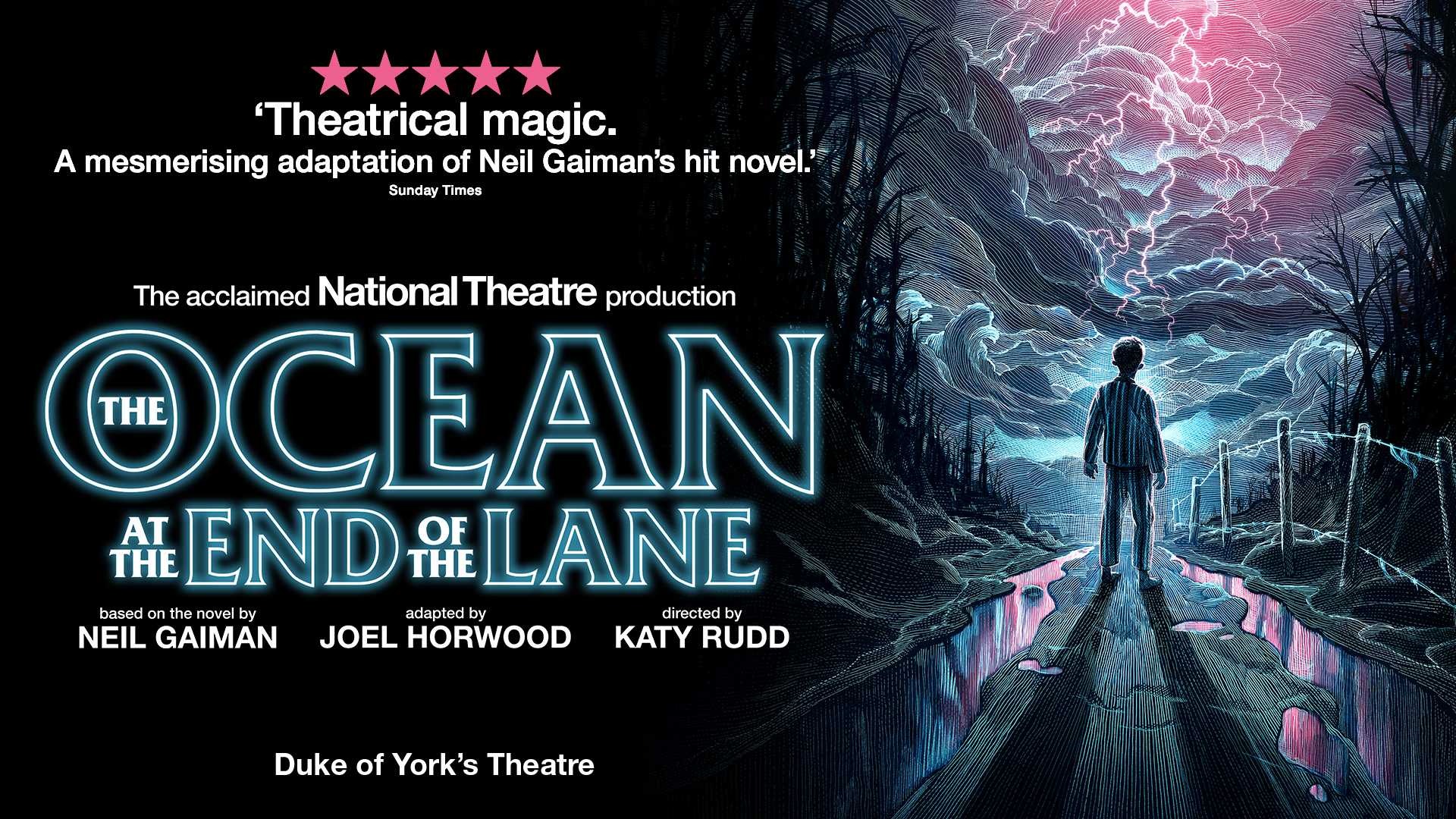