The Son Tickets At The Duke Of York's Theatre, London

‍
Olivier, Tony and Molliere award winning ​Florian Zeller’s ​newest show, transfers from the Kiln Theatre, London. After the success of his critically acclaimed works, ​The Father​ and ​The Mother, and the highly successful UK premiere of ​The Son, ​it transfers to London’s ​Duke of York’s Theatre​.

‍
When a family starts to crumble, the son begins to spiral. Nicholas has been ditching school, lying to his family and hiding strange things under his bed. His family are not sure if this is typical adolescent rebellion or should his family be more concerned for his well being?
Nicholas things moving in with his father and his new family might just be the fresh start he needs, but when that doesn’t work he decides that moving back to his mother’s might be the answer.

Please note: The Son deals with issues surrounding mental health in teenagers and contains scenes that some audience members may find upsetting or disturbing.

‍
★★★★★ THE DAILY TELEGRAPH‍ - "If you’re looking for a reminder of why theatre matters, this is it."

★★★★★ THE TIMES‍ - "This final part of Florian Zeller’s trilogy is the most powerful of all." 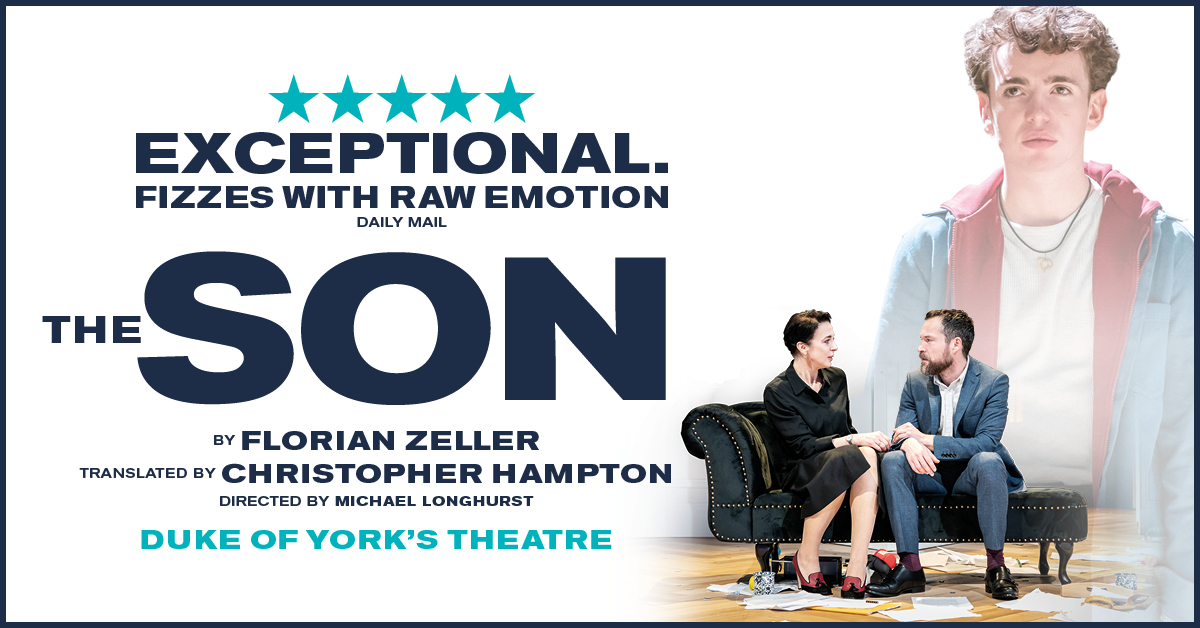