Touching The Void Tickets At Duke of York's Theatre, London

See The Critically Acclaimed Play In London's West End In 2019

‍
Tom Morris’ ​most-accomplished project since the critically acclaimed ​War Horse​, will be heading to the ​Duke of York’s Theatre​.

‍
Touching the Void​ is based on the internationally best-selling memoir and the adapted BAFTA-winning film by ​Joe Simpson​ and adapted by D​avid Greig. ​The story is about the mental battle Simpson faced when fighting for survival in the Andes in 1985. He finds himself unable to climb to safety from a crevasse, he finds himself physically and mentally trapped as he toes the line of life and death. The tragic ordeal was met with a terrible dilemma, his safety is furthered threatened as he is perched on an unsteady snow-cliff in high winds.

He tries desperately to save his climbing partner who is hanging below, he knows the risks, but he has to make a perilous decision to cut the rope which changes their lives forever.
Touching the Void​ is brought to life by Bristol Old Vic Artistic Director, ​Tom Morris ​(​War Horse, The Grinning Man​), and the Artistic Director from Royal Lyceum Theatre Edinburgh, ​David Greig, who lends his award-winning writing skills tot the first stage adaption of Simpson’s story.
Casting to be announced.

★★★★★ THE TIMES - "Tom Morris Directs with the impeccable timing of a thriller."

★★★★★ THE TELEGRAPH - "Nail-biting. You feel as if you've been to the ends of the earth without moving from your seat." 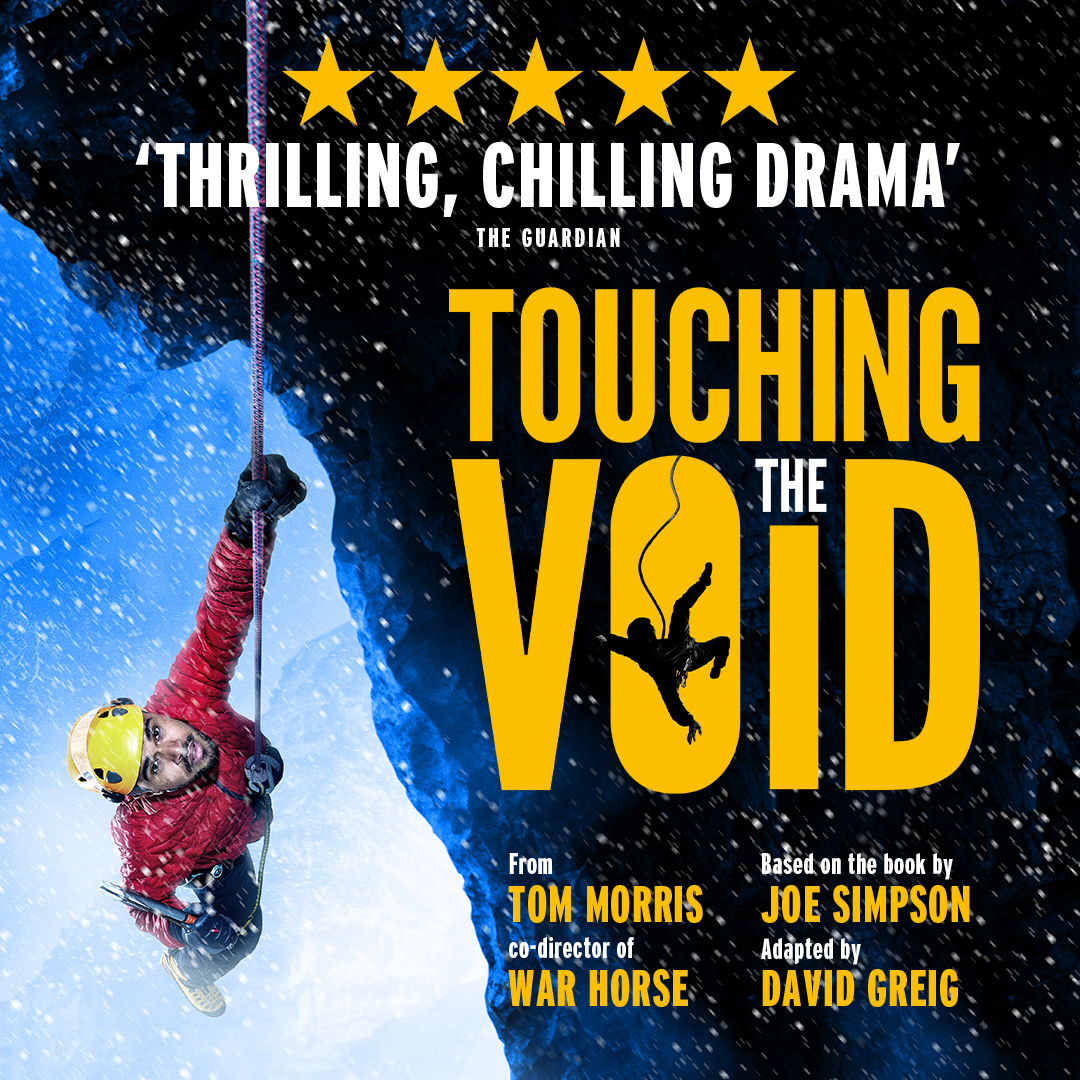